The Best Fitbit Trackers in India 2019

Fitness trackers are the best tools that you can use to trace the results of physical activity. Fitbit produces high-performance wearable technology that measures your sporting movement with maximum accuracy.

Whether you are looking to lose weight, to train for a sporting competition or just to measure your daily heart rate these GPS fitness trackers should never leave your wrist.

After extensive research, we have come up with a selection of the best Fitbit trackers in India in 2019 that will help you choose the optimal sports monitor for your regular routine. But first, let’s take a look at what makes Indians the most prevalent users of wearable technology in the world!

Why Are Fitness Trackers So Popular in India?

India is currently going through a sort of urban health revolution. People of all ages have the passionate obsession of tracking their daily activity. From the number of steps to the distance they cover, Indians take great pride in beating their fitness records day after day.

With such a huge interest in sports and physical activity, it is no wonder that Fitbit trackers are some of the best sold high-tech products in India at the moment. Many Indians get them to compete with co-workers, friends and family members who have the most active life. Some of them are so competitive that they often argue that any step not measured by a Fitbit tracker does not exist.

Why Fitness Trackers Are Important for Indians in 2019

The fitness tracker craze that has swept India came as a breath of fresh air for a country that ranks second in the world at the number of diabetic patients. Indians also struggle with a high rate of heart disease deaths and morbid obesity, which now affects 5% of the population.

Besides being a reason for pride and bragging, wearing a fitness monitor is essential for the Indian nation in its war on chronic diseases. In 2019 more than ever, Fitbit trackers are must-have devices for Indians that want each of their steps to count.

Here are the best Fitbit trackers in India in 2019!

Fitbit Surge is a top-of-the-line fitness tracker that is packed with high-tech features and competitive specs. It comes with a built-in GPS, a heart monitor and a niftily designed watch clasp that has a classic vintage finish.  Current price of Fitbit Inspire in India is around 14,900INR .

With Fitbit Surge, you can forget about the old, inefficient OLED displays. This activity monitor features a 1.25-inch LED touchscreen display with a backlit, always-on interface that offers easy access to a wide range of data and stats regarding your activity. On its side, you will find three physical buttons that let you check GPS movement, control music and track your heart rate through no less than 12 different activities.

Fitbit Surge is a high-performance wrist tracker that monitors your sleep and gives you SMS alerts when you pair it with your phone. It is waterproof, and compatible with iOS, Android and Windows devices, and it has a long battery life that may last you up to 7 days. 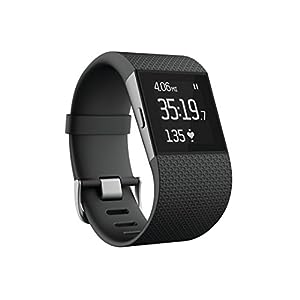 Fitbit Blaze is one of the most powerful Fitbit trackers that money can buy. It is also a popular fitness monitor among young Indians. It comes at an affordable price, and it has a jaw-dropping large display and a conveniently long battery life.  Current price of Fitbit Inspire in India is around 14,989INR .

If you are looking for a stylish fitness tracker to match any of your outfits, Fitbit Blaze should be your first choice. It features an elegant design, a large LCD color display and an attractive wristband that feels comfortable around your arm.

Fitbit Blaze gives you accurate data about your fitness performance. It comes with various sporting schedules that you can customize and a sleep-tracking function. It delivers smartphone notifications, it lets you scroll through your Spotify playlists, and the battery can last up to 5 days of continuous use on a single charge. 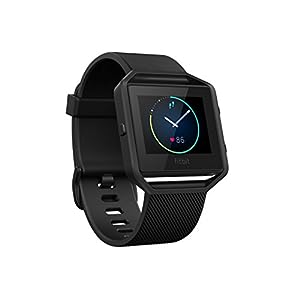 If you want a sports watch India cannot get enough of, then Fitbit Versa is the perfect fitness monitor for you. It is lightweight, and it boasts an eye-catching design. Additionally, it has the highest number of customizable features out of all the Fitbit trackers.  Current price of Fitbit Inspire in India is around 20,899 INR .

Fitbit Versa is a truly versatile fitness monitor that provides accurate data about your performance and your heart rate whether you are running, cycling or simply strolling down the street. It also tracks your stats while you perform HIIT or swim due to its waterproof feature.

A full battery charge will track your performance for as many as four days while supporting all its features including GPS location, smartphone pairing, and even contactless payment. In terms of design, Fitbit Versa will not disappoint you. It boasts a brightly-lit, large LED display, three physical buttons and a stylish wristband that straps nicely on small or large wrists alike. 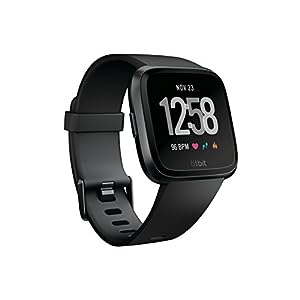 This cool-looking fitness tracker from Fitbit is ideal for users who prefer a minimalist design. The Fitbit Flex 2 is a serious improvement to its predecessor in the Flex series and a popular choice among Indians of all ages.  Current price of Fitbit Inspire in India is around 9490INR .

The Fitbit Flex 2 features a lightweight, narrow design that makes it look like a regular wristband. It is available in various colors, which will delight users that value fashion over accurate fitness statistics. That does not mean that it will not provide you with useful data about your performance. Through its 5 LED buttons and a vibration feature, it lets you know if you are close to reaching your daily fitness goals.

Fitbit Flex 2 comes with a highly intuitive app that lets you customize training schedules, and supports your weight loss strategy with a calorie calculator. This fitness tracker makes sporting activities fun and its 7-day battery life and smartphone notifications rate it above most pedometers out there.

Fitbit India rates this fitness tracker among the most popular activity monitors in the country. Its big screen display, comfortable strap, and long battery life make it a top-selling sports watch among Indians of all ages and backgrounds. Current price of Fitbit Inspire in India is around 9990INR .

One of the best features of the Fitbit Charge 2 wireless activity tracker is its large display that allows you to check a multitude of stats and details regarding your movement. Although it uses your smartphone’s GPS, it provides essential data about your heart rate and your performance when you exercise, to stand still or sleep.

The Fitbit Charge 2 works with a wide variety of smartphones that run Android 4.2 and above, Windows 10 or iPhone 4S and above. It is easy to use, comes with a free app and a battery that exceeds 4 days of continuous functioning at maximum capacity.

When it comes to high-performance fitness trackers, you cannot overlook the Fitbit Charge 3 Wireless Activity Tracker. This cool-looking heart rate monitor is a slight improvement of its predecessor, the Charge 2 in that it has an ever larger display screen and a lighter design.  Current price of Fitbit Inspire in India is around 11,899INR .

If you fell in love with the Fitbit Charge 2, but you are looking for an even more elegant version of it, you can safely go with the Charge 3. This fitness tracker is incredibly light, completely waterproof and looks good with anything you choose to wear.

The Fitbit Charge 3 uses the GPS function on your smartphone, but in exchange, it provides important details about the weather, training schedules and notifications from your iOS or Android-running phone. The battery on this activity monitor will last you as many as six days, during which it will help you keep an eye on your diet, regulate your sleep schedule and get the best out of your daily fitness routine. 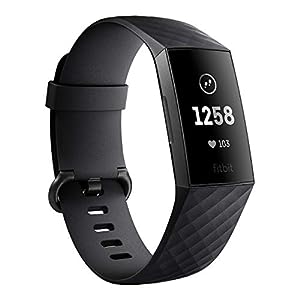 The Fitbit Alta HR is one of the most powerful and efficient fitness trackers you can find in India. Users praise its skinny, comfortable design, its accurate stats, and its long battery life. This activity monitor is a stylish, highly-performing tracker that is ideal for both marathoners and casual office workers alike.   Current price of Fitbit Inspire in India is around 613649 INR .

If you are looking for an elegant, high-standard step counter, you must go for the Fitbit Alta HR. It offers details about your daily activity with pinpoint accuracy. It also has a slim 15mm wristband and the option to inform you of all your smartphone notifications.

The Fitbit Alta HR monitors your sleeping activity, heart rate and suggests resting periods throughout the day. It features a long-lasting battery that should last you almost a week. During this time you can actively browse through the extensive list of fitness tracking stats that it delivers to the app on your iOS, Windows or Android-running smartphone. 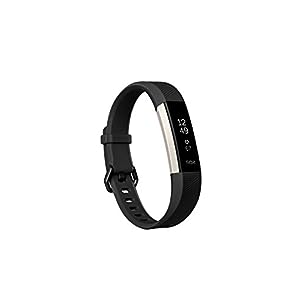 Last, but not least, one of the best Fitbit trackers in India is one of the company’s latest releases: Inspire activity tracker. Featuring premium design features, long-lasting battery life, and an affordable price, this heart rate monitor should be at the top of your wishlist of smart wearable technology devices.  Current price of Fitbit Inspire in India is around 6500INR .

The Fitbit Inspire comes with a simple black and white display, a lightweight wristband and a swimproof feature that makes it easy to use in all kinds of weather or sports. It can also provide crucial stats about your performance in more than 15 different activities.

The sturdy battery on the Fitbit Inspire will last you up to 5 days on a single charge. In this time, it will track your heart rate while sleeping, and monitor your performance whether you choose to exercise or simply go for short walks. It also comes with a top-of-the-line app that makes it compatible with a wide range of smartphones. 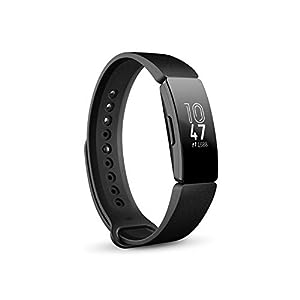 SportsWatchPro is a participant in the Amazon Services LLC Associates Program, an affiliate advertising program designed to provide a means for sites to earn advertising fees by advertising and linking to amazon.in